We are proud to announce that Jeroen Duis joins the team of PHIX as of November 22nd. Jeroen will join PHIX in the position of Chief Commercial Officer and completes with his addition our Management Team. Jeroen (39) has worked his whole career in the photonics starting at the MTS Ede followed by the University of Rijswijk studying applied Physics with specialty in Optics. After this he joined Tyco International (later on TE Connectivity [TEL]) where he worked in several roles as development engineer, application engineer, technology incubator and engineering manager in a global organization. After 16 years of experience in the technical fiber optics field and 15 patents later in fiber assembly and chip packaging, he joined SMART Photonics as business developer. Here he gained a broader business acumen around integrated photonics in sales and marketing. With his complete background, he is widely recognized as industry professional and has been elected to participate in the organization of the 2019 Optical Networking and Communication Conference (OFC) as technical program member.

We welcome Jeroen joining the Board of PHIX and wish him success in his new role. 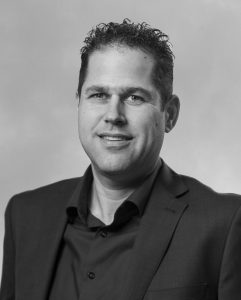 PHIX Photonics Assembly secures next round of financing and LioniX International obtains a majority share.